The National Environmental Policy Act (NEPA) was signed into law on January 1, 1970. The Act establishes national environmental policy and goals for the protection, maintenance, and enhancement of the environment and provides a process for implementing these goals within the federal agencies.

A developer will be required to go through the NEPA process if the project involves a "major federal action." In general, NEPA will be triggered if the project is on federal land, the federal government owns the mineral estate, the project receives federal funding or support, or if a federal permit is required.

The level and scope of the NEPA review will vary depending on the nature of the project and the level of involvement of the federal government. Some actions and projects will receive a categorical exclusion while others may require a full Environmental Impact Statement (EIS). NEPA review is handled by a "lead agency." A 'lead agency" is the federal agency responsible for writing the main NEPA document(s) and coordinating with any other federal, state, or tribal agencies.

The President of the United States issued Executive Order 13807 – Establishing Discipline and Accountability in the Environmental Review and Permitting Process for Infrastructure (One Federal Decision) on August 15, 2017 with the goal of streamlining federal infrastructure decisions and promoting economic efficiency by requiring federal agencies to streamline environmental reviews and authorizations. Specifically, One Federal Decision requires:

If the EA does not support a Finding of No Significant Impact (FONSI), the lead agency must prepare a EIS and issue a Record of Decision (ROD) before acting on the proposed action addressed by the EA.

Following issuance of One Federal Decision twelve agencies signed a Memorandum of Understanding (see Memorandum of Understanding Implementing One Federal Decision Under Executive Order 13807). In part, the MOU states that for each major infrastructure project, agencies will work together to develop a single permitting timetable for the necessary environmental review and authorization decisions, prepare a single EIS, and sign a single ROD. In furtherance of the MOU, each signatory agency has prepared further guidance to clarify specific procedures. Significant clarity will be added to this process as these guidance materials become available. 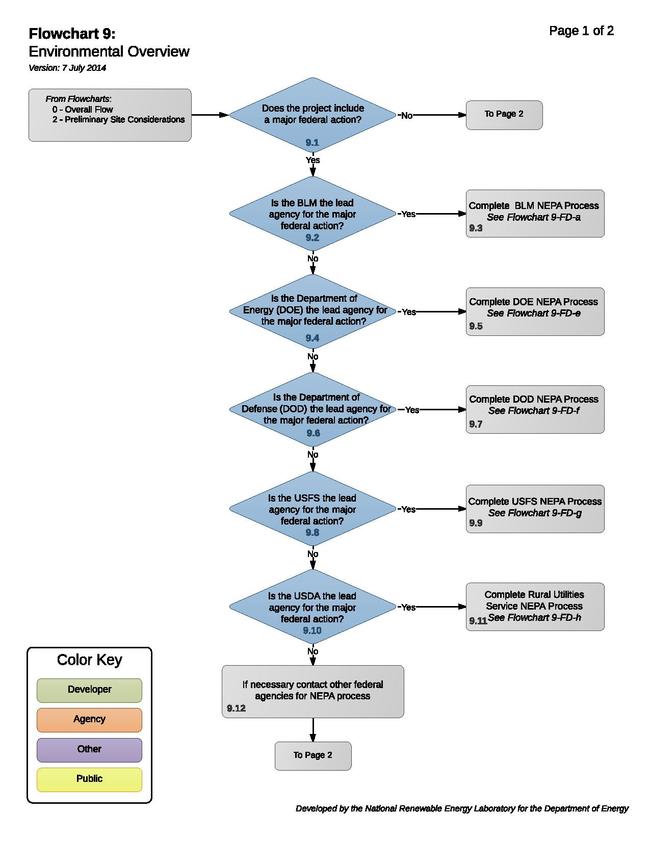 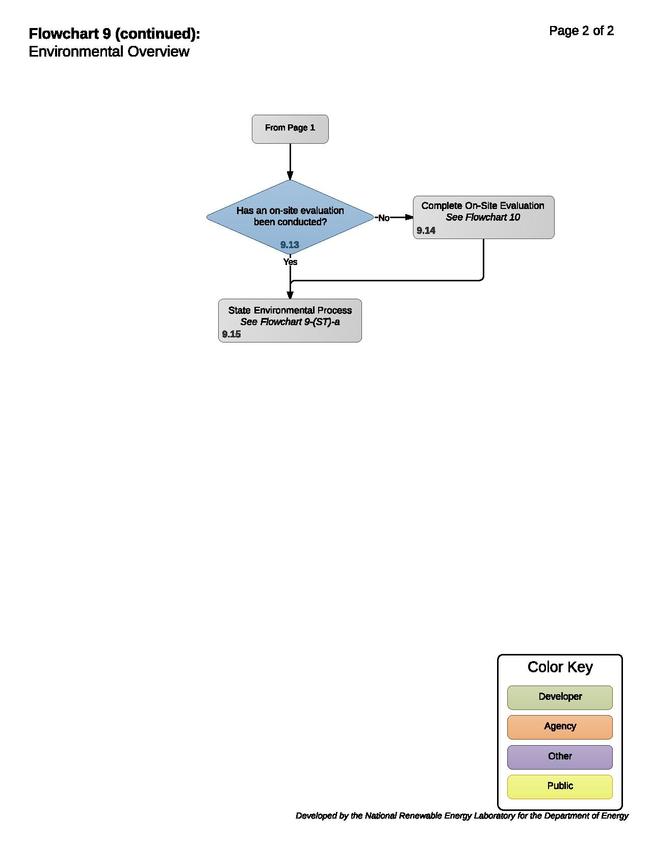 9.1 - Does the Project Include a Major Federal Action?

For NEPA to be triggered there must be a "major federal action" (action).

Major federal actions tend to fall within one of the following categories:

Major federal actions include new and continuing activities, including projects and programs entirely or partly financed, assisted, conducted, regulated, or approved by federal agencies; new or revised agency rules, regulations, plans, policies, or procedures; and legislative proposals (NEPA § 1506.8, 1508.17). Actions do not include funding assistance solely in the form of general revenue sharing funds, distributed under the State and Local Fiscal Assistance Act of 1972, 31 U.S.C. 1221 et seq., with no federal agency control over the subsequent use of such funds. Actions do not include bringing judicial or administrative civil or criminal enforcement actions.

In general NEPA will be triggered if the project is on federal land, the federal government owns the mineral estate, the project receives federal funding or support, or if a federal permit is required.

Under NEPA a “lead agency” is the agency preparing NEPA documentation or is the agency that has taken primary responsibility for coordinating the NEPA process.

A “cooperating agency” means any federal, state, local, or tribal agency other than a lead agency which has jurisdiction by law or special expertise with respect to any environmental impact involved in a proposal (or a reasonable alternative) for legislation or other major federal action significantly affecting the quality of the human environment.

If the Bureau of Land Management (BLM) is the lead agency then the BLM will coordinate the NEPA process.

9.4 to 9.5 – Is the Department of Energy the Lead Agency for the Major Federal Action?

If the Department of Energy (DOE) is the lead agency then it will coordinate the NEPA process.

9.6 to 9.7 - Is the Department of Defense the Lead Agency for the Major Federal Action?

If the Department of Defense (DOD) is the lead agency then it will coordinate the NEPA process.

If the United States Forest Service (USFS) is the lead agency then it will coordinate the NEPA process.

If the United States Department of Agriculture (USDA) is the lead agency for a utility-scale solar project, then the Rural Utilities Service (RUS) will coordinate the NEPA process.

9.12 – If Necessary, Contact Other Federal Agencies for NEPA Process

If another federal agency is the lead agency for the major federal action then the developer will be required to contact that agency for its NEPA policies and procedures.

The on-site evaluation process is intended to walk the developer through all of the required "environmental" considerations of a typical environmental review under NEPA.

Most states have passed state environmental laws and regulations. Some states have an all-encompassing environmental review process such as California's CEQA process, while other states consider only certain issues.

The state of Alaska has not adopted a state environmental review process.

Retrieved from "https://openei.org/w/index.php?title=RAPID/Roadmap/9_(3)&oldid=962297"
Categories:
OpenEI is developed and maintained by the National Renewable Energy Laboratory with funding and support from the U.S. Department of Energy and a network of International Partners & Sponsors.