In order to develop renewable energy projects in Nevada, the type of development must be allowed for or contemplated in the applicable land use plan. The Nevada legislature directs local government planning agencies to develop master plans for cities/counties that include a land use plan. NRS 321.640(1)

In some cases, depending on population size, the county must establish a regional planning coalition that then develops and administers a comprehensive regional land use policy plan. If the applicable land use plan does not allow for or contemplate the desired type of renewable energy project, the developer may take steps outlined in this flowchart to amend the land use plan.

For projects that qualify as a “project of regional significance,” the master plan amendment must be consistent with the regional plan and is subject to review by the regional planning commission/coalition.

Nevada is unique among states because approximately 86% of its land area is managed by the federal government. The Nevada Division of State Lands has a State Land Use Planning Agency that acts to assist local government planning agencies, especially in scenarios that involve federal public land. For projects in Nevada on federal (BLM managed) land, see BLM Land Use Planning Process:
1-FD-a.

Regardless, the legislature declared it to be in the public interest for local governments to be the primary authority for the land use planning process. NRS 321.640(1). State participation in land use planning is limited to: 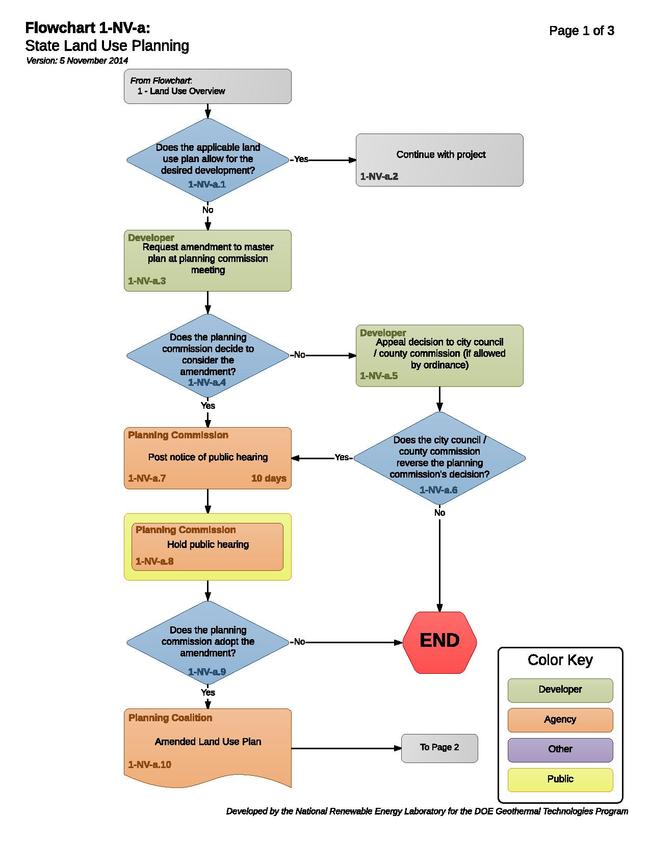 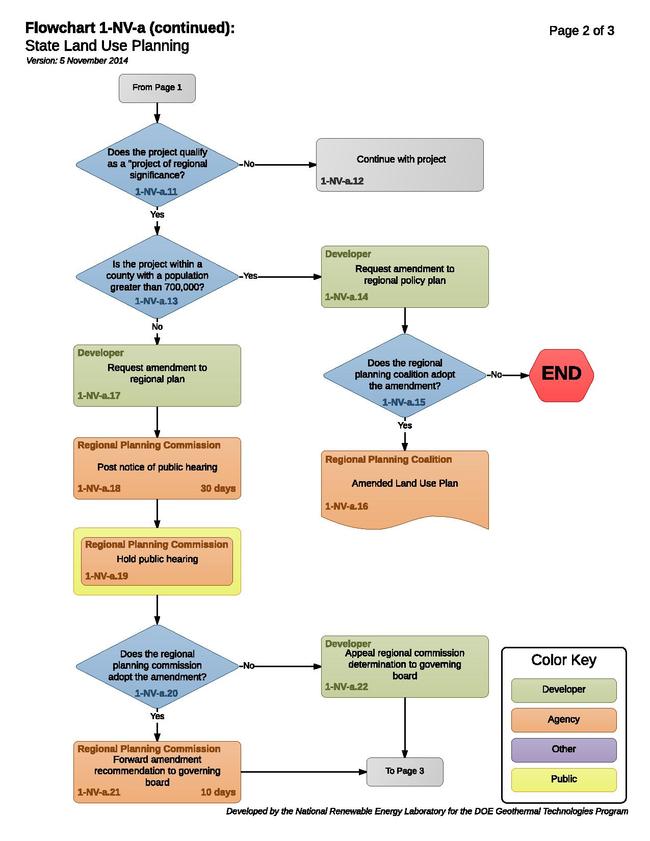 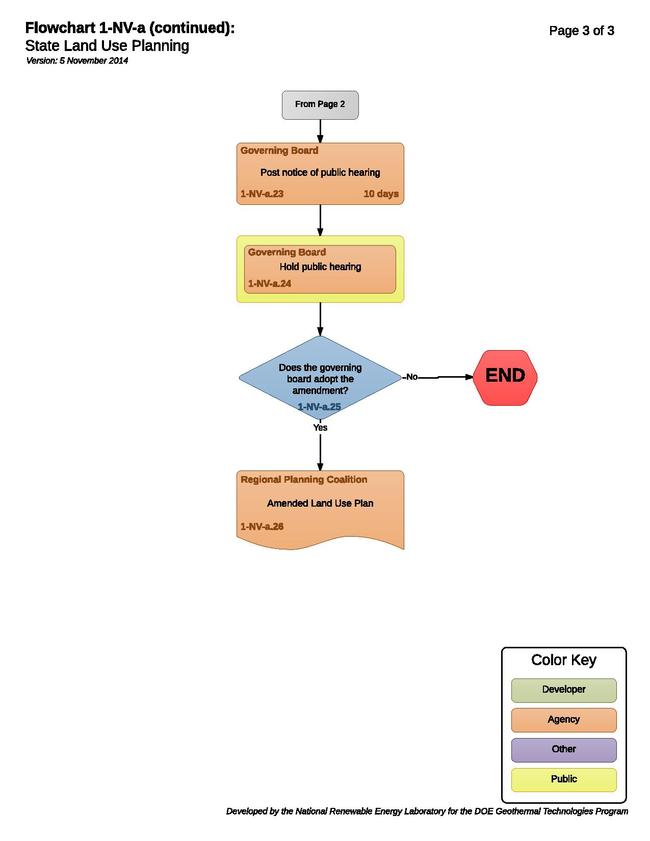 1-NV-a.1 to 1-NV-a.2 – Does the Applicable Land Use Plan Allow for the Desired Development?

If proposed by a person other than a public utility, “projects of regional significance” include projects that will:

Pursuant to NRS 278.02514 counties in Nevada with a population greater than 700,000 are required to establish a regional planning coalition. If the project qualifies as a “project of regional significance,” developers may request to amend the comprehensive regional policy plan in order to include the type of desired development. The regional policy plan balances the economic, social, physical, environmental and fiscal development for growth in the region over a twenty year period. NRS 278.02528.

If, at the annual meeting, the regional planning commission decides to consider a proposed amendment to the regional plan, they will hold a subsequent hearing on the amendment and post public notice of the hearing at least 30 days in advance. NRS 278.0272(9).

After receiving an amendment recommendation from the regional commission or the appeal of an amendment denial from the developer, the governing board will hold a public hearing on the recommendation or appeal and post public notice of the hearing at least 10 days in advance. NRS 278.0276.

Retrieved from "https://openei.org/w/index.php?title=RAPID/Roadmap/1-NV-a&oldid=959681"
Categories:
OpenEI is developed and maintained by the National Renewable Energy Laboratory with funding and support from the U.S. Department of Energy and a network of International Partners & Sponsors.