Leasing of state land in Nevada is controlled by the State Land Registrar within the Nevada Division of State Lands (NDSL). The NDSL may grant leases of any land owned by the State of Nevada. N.R.S. 322.050. A developer seeking a lease on state lands must submit an Application to Use State Lands to the NDSL to obtain the proper authorization for the proposed project. NRS 322.050. After the NDSL approves the developer’s application, the land may be put up for public auction if the state register deems it to be in the best interest of the state. NDSL approval of a developer’s application does not guarantee that the developer will receive the lease. The developer must submit the highest accepted bid at auction for the land, in addition to receiving NDSL approval, in order to obtain the lease. NRS 321.335(6). 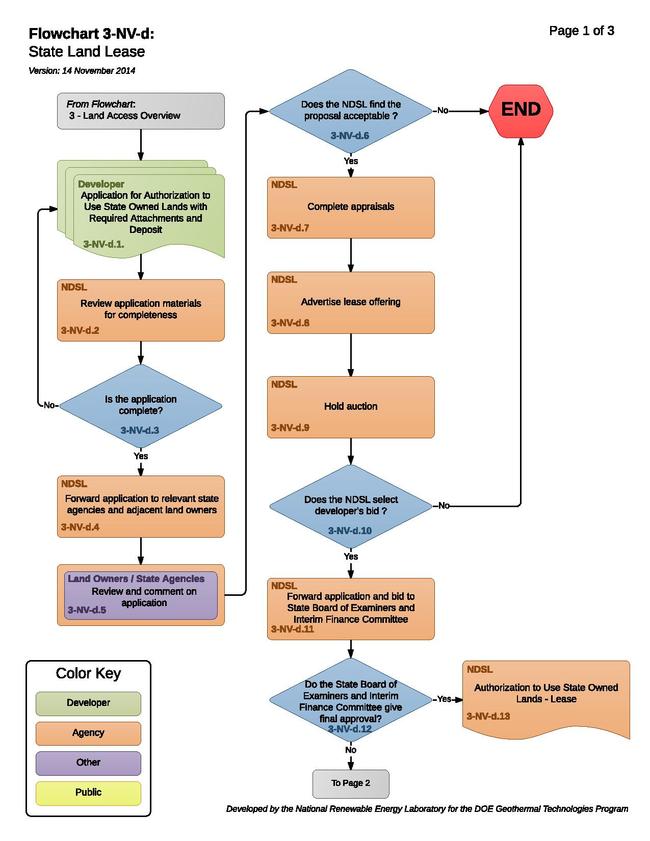 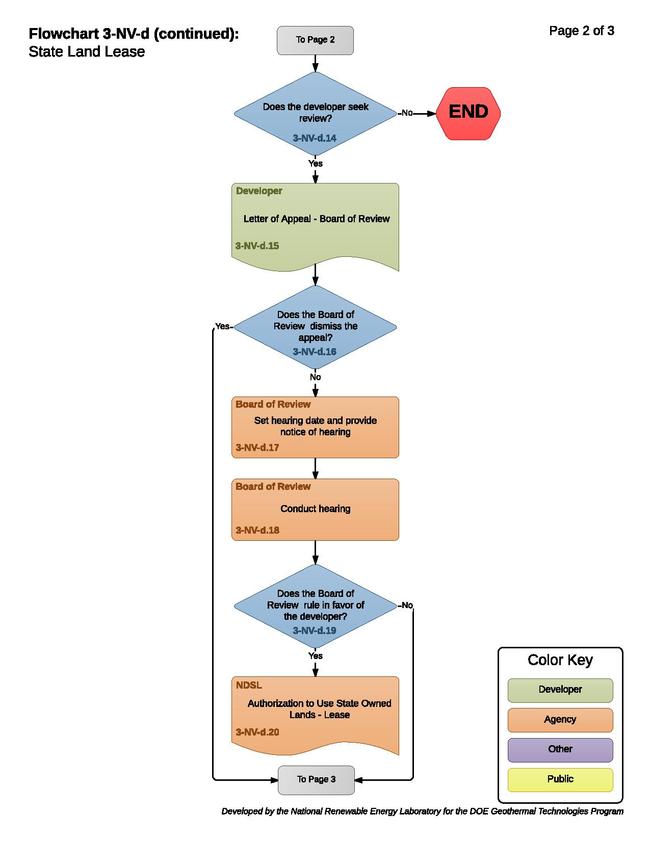 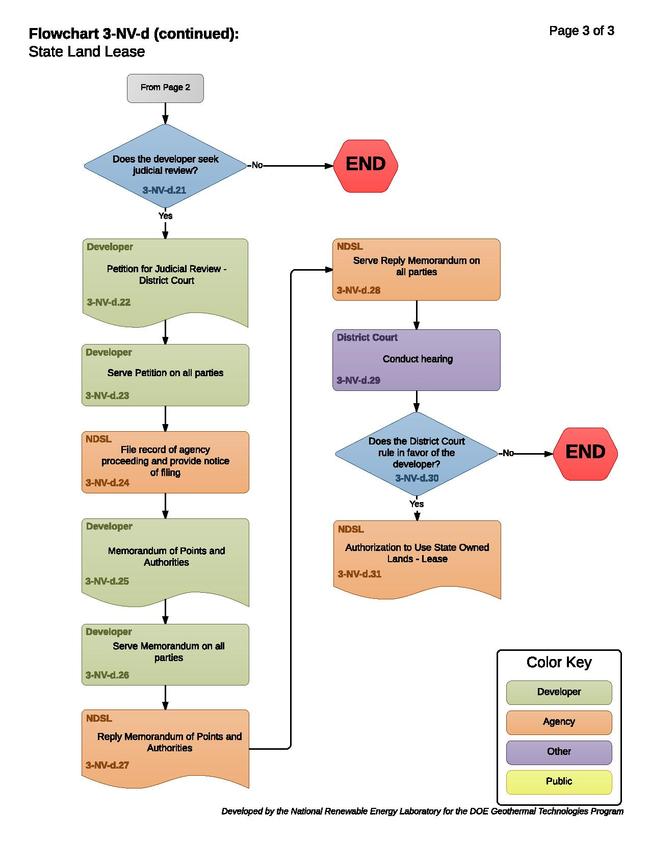 3-NV-d.1 – Application for Authorization to Use State Owned Lands with Required Attachments and Deposit

The NSDL will review the application for completeness. The NDSL will return incomplete applications. If the developer does not submit additional information as requested by the NSDL within 30 days of the request or if the NSDL has not been contacted to make other arrangements the NSDL will close the project. The developer will need to reapply with the appropriate fees if the project is closed. See Instructions and Checklist for State-Owned Lands Application.

If the NDSL approves the developer’s application, it must submit the lease to an open bidding process. After the NDSL finds the proposed project will be a suitable use for the land to be leased, it will begin an appraisal process to determine the fair market value of the land for the purposes of the bidding process. The NDSL must obtain two independent appraisals of the land to be leased. The higher of the two appraisal values is used to set the minimum lease rate. NRS 321.007.

After the NDSL determines the lease rate for the land to be leased, it must publish notice of the auction for four consecutive weeks in a newspaper of general circulation in the county where the land is situated. NRS 321.335(4). The notice must contain:

3-NV-d.11 to 3-NV-d.13 – Forward application to the State Board of Examiners and the Interim Finance Committee

The Board, upon receiving the letter, may dismiss the appeal if it appears to lack merit. If the Board does not dismiss the appeal, it will set a hearing date no less than 15 days and no more than 45 days after receipt of the letter. The Board will notify the parties of the date, time and place of the hearing. N.R.S. 321.5987(2).

Hearings before the Board are informal. N.R.S. 321.5987(2)-(3). At the hearing, the NDSL, or a representative of the NDSL, will present the facts considered in reaching its decision. The developer may then present facts in support of its contention that the NDSL exceeded its authority in reaching its decision. The Board will issue its decision “as soon as practicable” after the hearing. If the Board rules in favor of the developer, the NDSL must grant the authorization. The order of the Board constitutes a final decision for the purposes of judicial review. N.R.S. 321.5987(2)-(6). If the Board rules against the developer, the project cannot continue unless the developer seeks judicial review and the court reverses the decision of the Board.

The NDSL must transmit an original or certified record of the entire agency proceeding under review within 30 days of service of the petition for judicial review. N.R.S. 233B.131(1).

Retrieved from "https://openei.org/w/index.php?title=RAPID/Roadmap/3-NV-d&oldid=887268"
Categories:
OpenEI is developed and maintained by the National Renewable Energy Laboratory with funding and support from the U.S. Department of Energy and a network of International Partners & Sponsors.