Thermal Use of Biomass in The United States 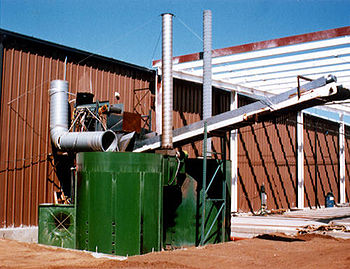 The biomass heat exchanger furnace can burn husklage, wood residue, or other biomass fuels to produce warm air for space heating or for process use such as grain drying. Courtesy of DOE/NREL. Credit - Energetics

United States Thermal Use of Biomass by Sector 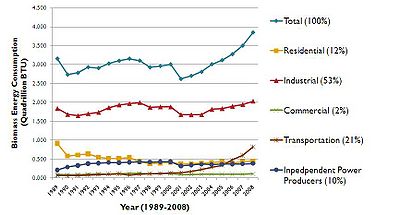 Retrieved from "https://openei.org/w/index.php?title=Thermal_Use_of_Biomass_in_The_United_States&oldid=380094"
OpenEI is developed and maintained by the National Renewable Energy Laboratory with funding and support from the U.S. Department of Energy and a network of International Partners & Sponsors.