Developers falling under the definition of a “public utility,” must obtain the proper permits from the California Public Utilities Commission (CPUC) prior to siting a transmission line facility in California. A “public utility” is defined, in part, as “an electrical corporation…where the service is performed for, or the commodity is delivered to, the public or any portion thereof. Cal. Pub. Util. Code § 216(a). “Electrical corporation” is defined, in part, as “every corporation or person owning, controlling, operating, or managing any electrical plant for compensation within (California). Cal. Pub. Util. Code §218(a). Transmission facilities are included in the definition of “electrical plant.” Cal. Pub. Util. Code §217(a). California law requires the developer to obtain a Certificate of Public Convenience and Necessity (CPCN) from the CPUC prior to the construction of any transmission line facility (defined as a facility “designed for immediate or eventual operation at 200kV or more”). General Order No. 131-D § III(a). In addition, the developer must obtain a Permit to Construct, from the CPUC, for any power line (defined as a facility “designed for immediate or eventual operation at any voltage between 50kV and 200kV”). General Order No. 131-D, section III(b). The review process for an application for a CPCN begins with a determination of the reliability and need for the proposed project. The second phase of the review is an environmental review of the proposed project. The environmental review may be conducted by the CPUC, the California Environmental Commission (CEC) or a lead agency depending on who has jurisdiction over the proposed project. Developers should consult the CPCN Step-by-Step Guide to complete the CPCN application. The developer may be required to submit a Proponents Environmental Assessment if the project falls under the jurisdiction of the CEC. The developer’s application may also require an evidentiary hearing if any interested parties protest the proposed project. Electric Transmission Siting. Developers must obtain a Permit to Construct from the California Public Utilities Commission (CPUC) before constructing power lines (electric power lines that are designed to operate between a voltage of 50kV and 200kV). Developers may be exempt from Permit to Construct requirements if their project is included in the list outlined in General Order 131-D. Developers must submit an application for Permit to Construct and an Environmental Assessment or equivalent information on the environmental impact of the project in accordance with the California Environmental Quality Act to the CPUC for review. Developers must notify interested parties of their application. General Order 131-D, section XII. Developers may be required to participate in a public hearing if a protest is filed. The CPUC will conduct an environmental study to determine the environmental impacts that will result from the project. General Order 131-D, section IX.B(4)-(5).

Developers must obtain approval and meet the requirements set out by the California Independent System Operator (CAISO) if their project requires connection of a generating facility to the California ISO grid. Developers may qualify for a fast track process if their project involves a small generating facility that does not have a generating capacity of more than 5MW and if they are applying for energy-only deliverability status. Developers must submit an interconnection request to CAISO during a pre-determined annual window of April 1st through the 31st. Developers will be required to participate in a scoping meeting and several interconnection studies as part of the application process. Following the necessary interconnection studies, CAISO will enter into a Generator Interconnection Agreement with the developer.

Developers must obtain licensing from the California Energy Commission (CEC) for construction of a thermal power plant with a net generating capacity of 50 MW or more and all related facilities dedicated or essential to the operation of the thermal power plant, including transmission lines to first point of interconnection with the transmission grid. 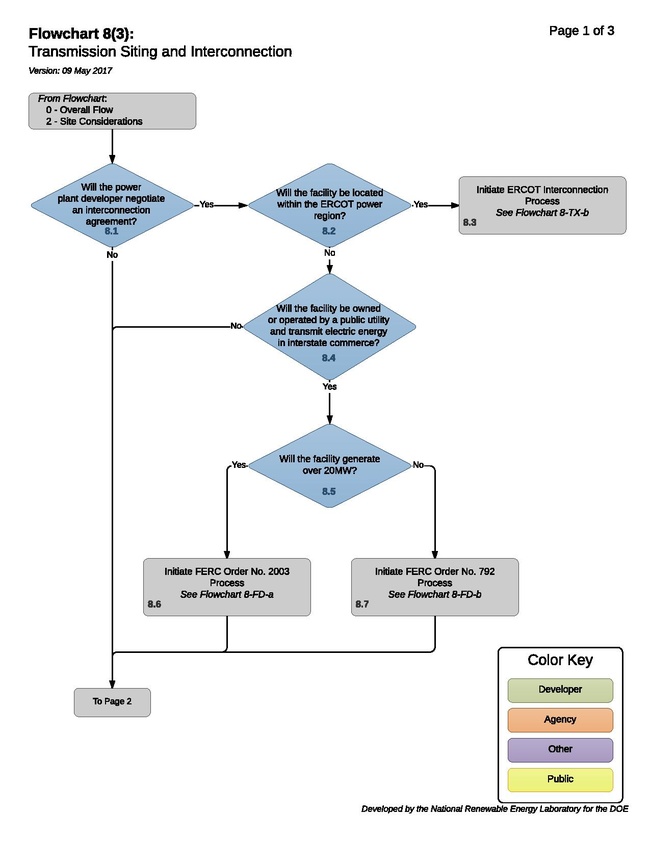 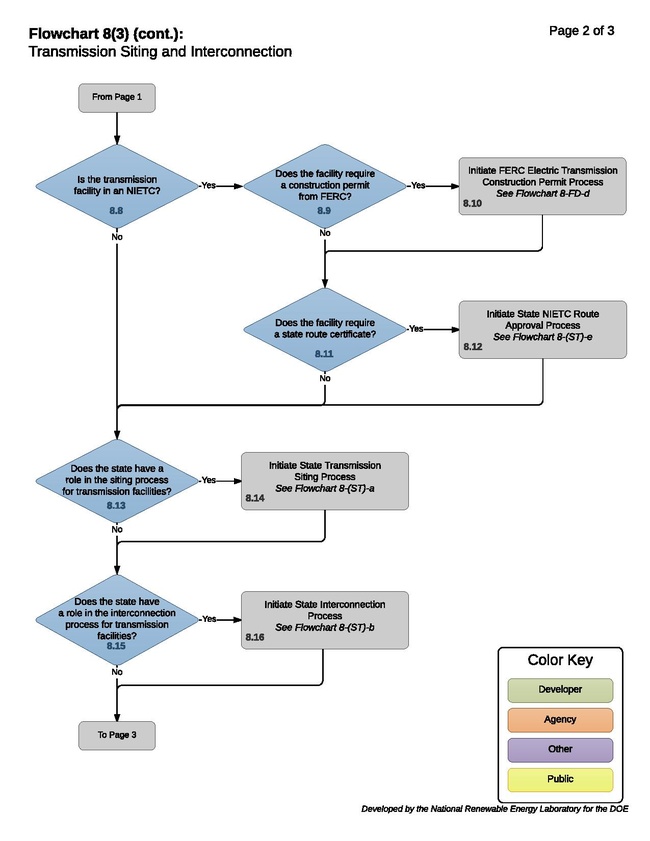 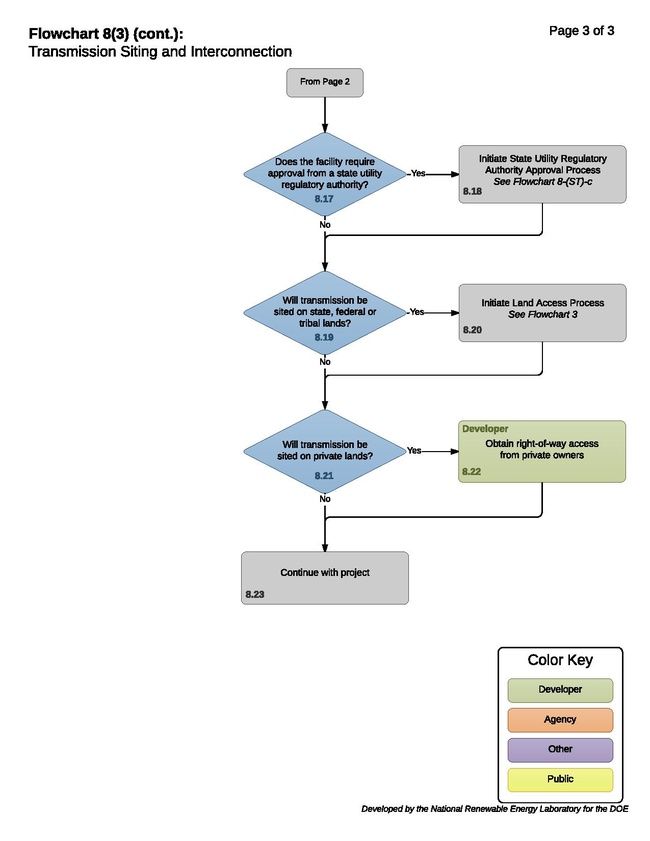 RAPID-Overview(Tech-Jurisdiction-Topic)
Retrieved from "https://openei.org/w/index.php?title=RAPID/Solar/California/Transmission&oldid=939173"
Categories:
OpenEI is developed and maintained by the National Renewable Energy Laboratory with funding and support from the U.S. Department of Energy and a network of International Partners & Sponsors.