Information current as of 2020
In Nevada, any person (developer) may need to obtain a special use permit from the county or municipality in which a project is located, prior to initiating the construction of a transmission line located outside an above ground utility corridor. Nev. Rev. Stat. § 278.26503

Special Use Permit for Utilities Process 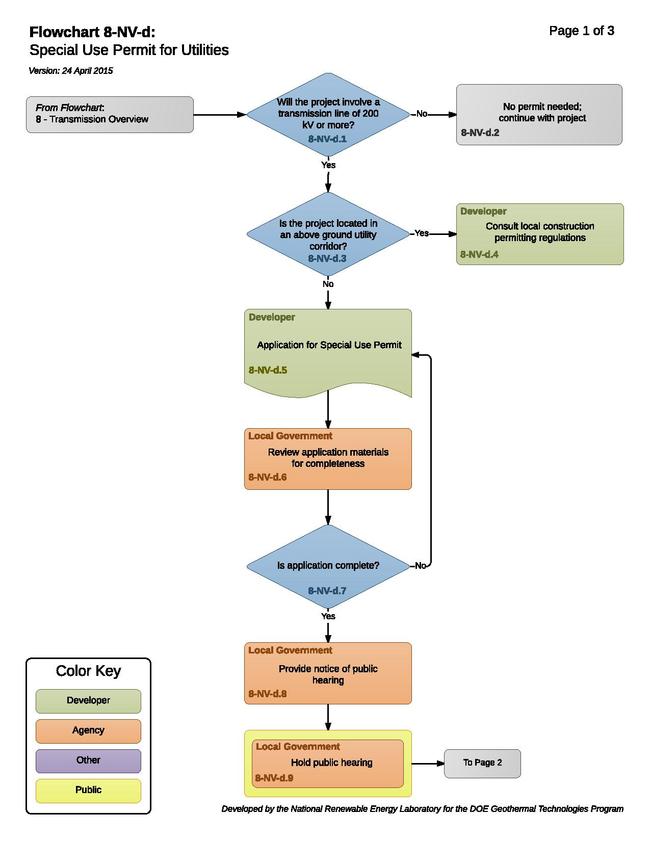 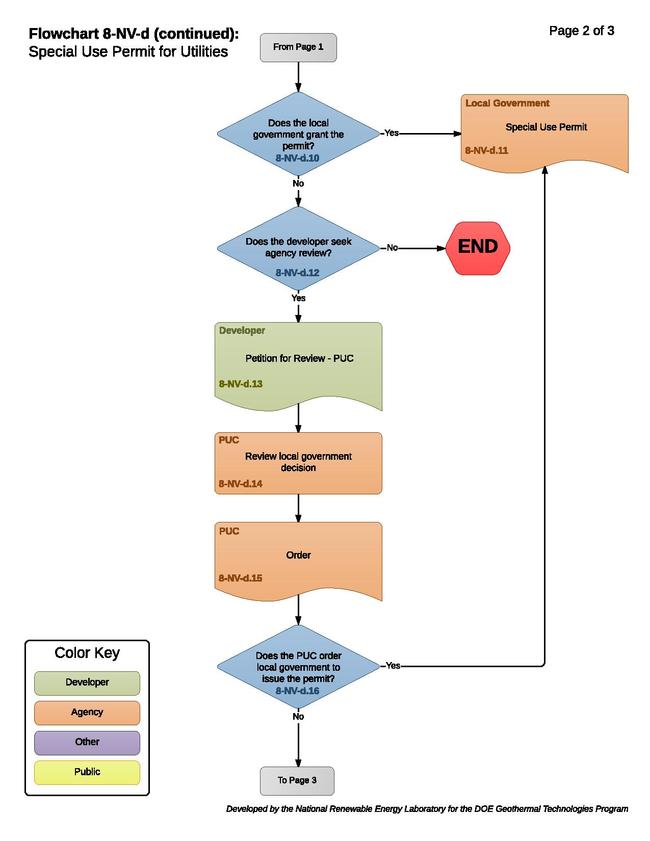 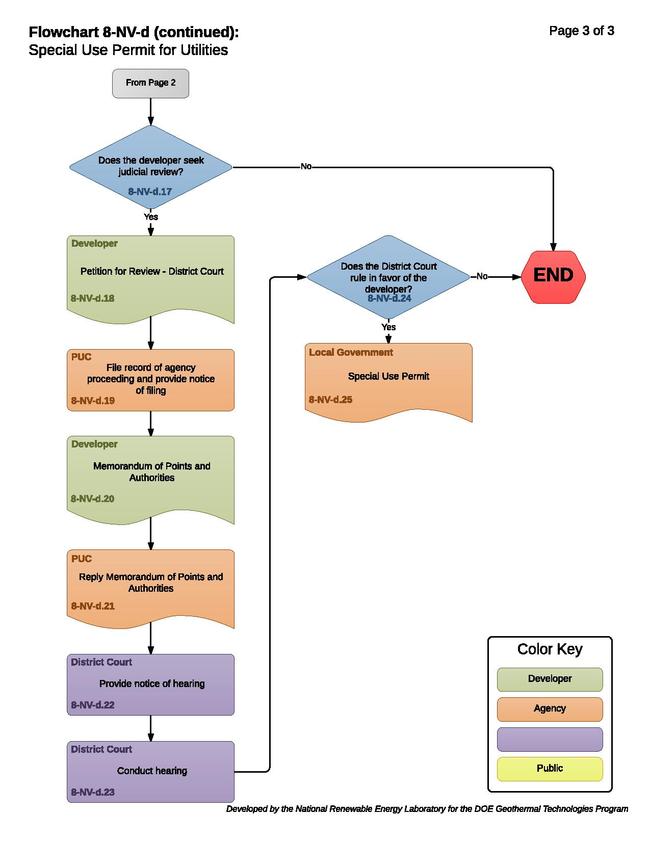 The District Court hearing will be conducted without a jury and the Court’s review will be confined to the record of the agency proceeding. If the District Court rules in favor of the developer, the permit must be granted by the local government. Nev. Rev. Stat. § 703.373(8).

Retrieved from "https://openei.org/w/index.php?title=RAPID/Roadmap/8-NV-d&oldid=974140"
Categories:
OpenEI is developed and maintained by the National Renewable Energy Laboratory with funding and support from the U.S. Department of Energy and a network of International Partners & Sponsors.