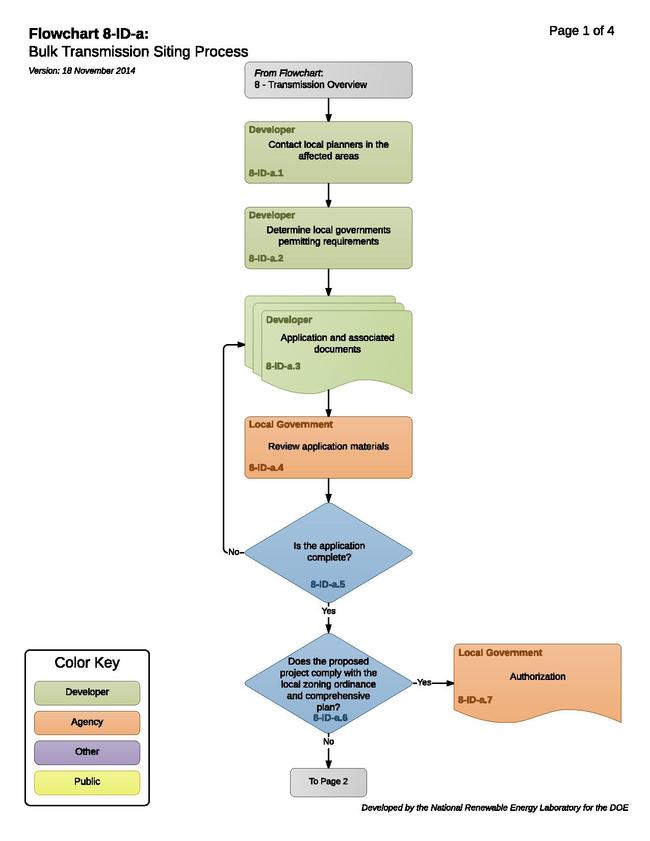 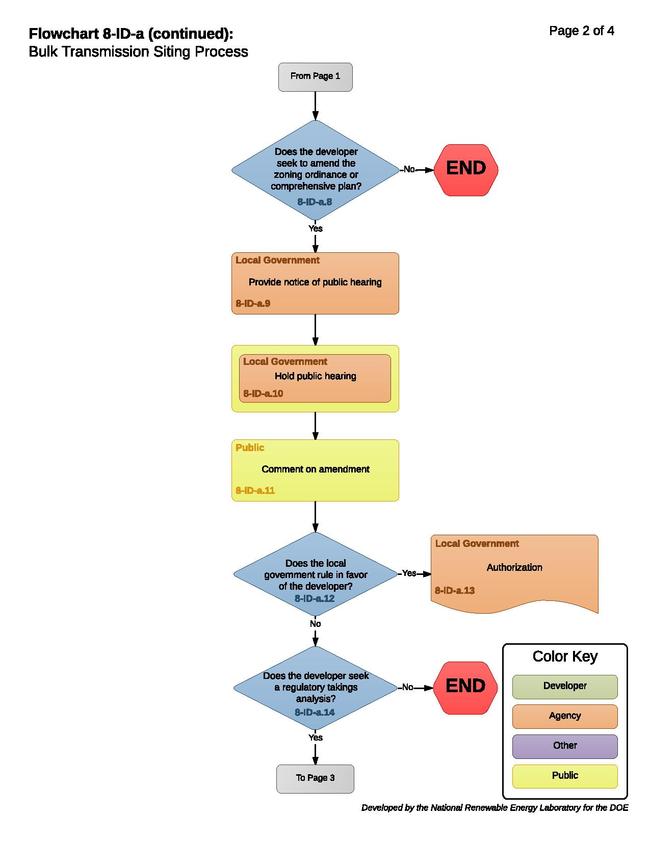 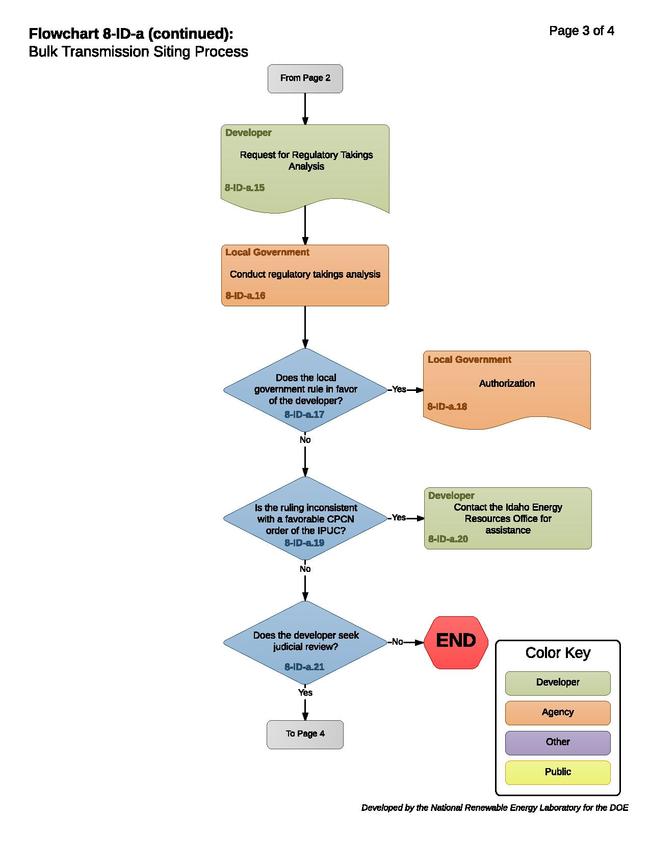 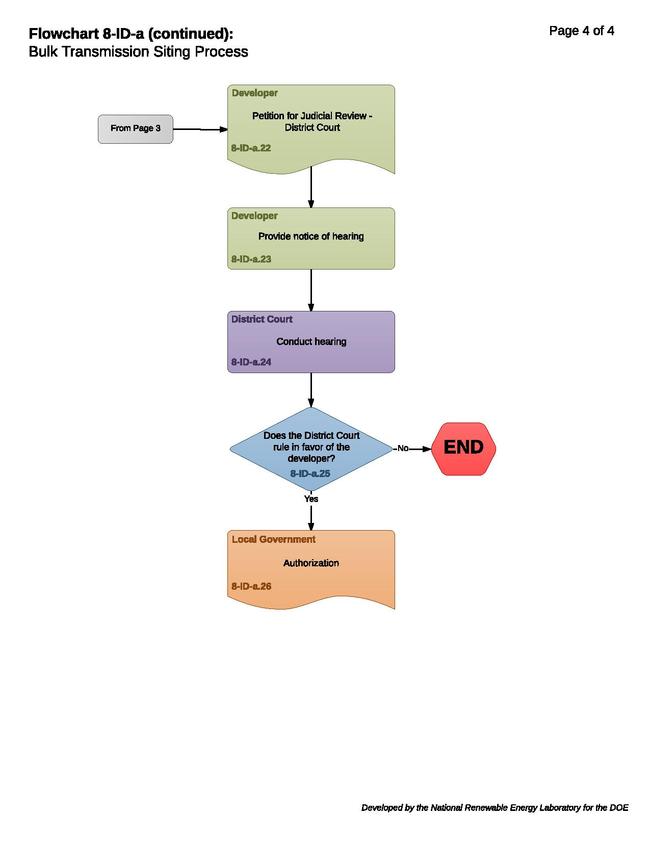 The type and process of authorization varies with the local government. Developers should contact the local planner in the affected areas to determine which application and associated documents to submit.

8-ID-d.6 to 8-ID-d.7 – Does the Proposed Project Comply with Local Zoning Ordinance and Comprehensive Plan?

8-ID-d.8 to 8-ID-d.11 – Does the Developer Seek to Amend the Zoning Ordinance or Comprehensive Plan?

If the proposed project is not in compliance, the developer may seek to amend the zoning ordinance or comprehensive plan to allow the project. The amendment process requires notice to the public and a public hearing. The local government must:

At the hearing, all interested persons will be allowed to provide testimony regarding the matter.

If a ruling is inconsistent with a prior order of the IPUC, then it is null and void if prior to entering the order, the IPUC has given the affected agency an opportunity to appear before or consult with the IPUC with respect to the conflict. Idaho Code § 67-6528. The developer should contact the Idaho Energy Resources Office for further information.

Denial of an application pursuant to a regulatory takings analysis is a final agency action that entitles the developer to judicial review. Idaho Code § 67-5270(2). The developer must file the petition for judicial review in the district court of the county in which:

Retrieved from "https://openei.org/w/index.php?title=RAPID/Roadmap/8-ID-d&oldid=973973"
Categories:
OpenEI is developed and maintained by the National Renewable Energy Laboratory with funding and support from the U.S. Department of Energy and a network of International Partners & Sponsors.