"The Government of New Zealand, the Inter-American Development Bank (IDB) and the Regional Fund for Agricultural Technology (Fontagro) signed an agreement to work together for the first time on climate change mitigation and agriculture projects in Latin America and the Caribbean to improve the national greenhouse gases inventories and develop mitigation options adapted to the farming conditions of each country.

The project will be coordinated by the National Institute of Industry and Agriculture (INIA) of Uruguay and will be implemented by a consortium of national research institutions and universities of Latin America with a contribution of Programa Cooperativo para el Desarrollo Tecnológico Agroalimentario y Agroindustrial del Cono Sur (PROCISUR) and the New Zealand Agricultural Greenhouse Gas Research Centre (NZAGRC)." 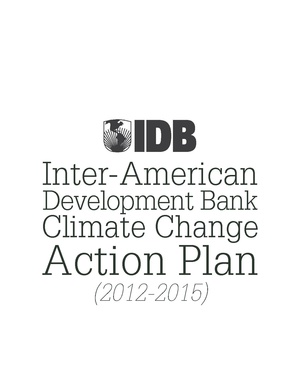 Retrieved from "https://openei.org/w/index.php?title=Chile-Climate_Change_Mitigation_and_Agriculture_in_Latin_America_and_the_Caribbean&oldid=710165"
Category:
OpenEI is developed and maintained by the National Renewable Energy Laboratory with funding and support from the U.S. Department of Energy and a network of International Partners & Sponsors.