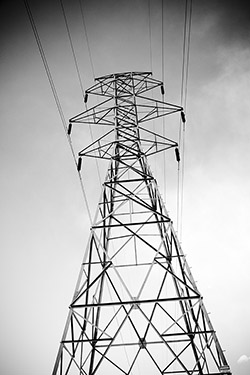 Based upon the information and analyses developed in this PEIS, the agencies issuing the PEIS would amend their respective land use plans by designating a series of energy corridors effective upon signing of the Record(s) of Decision.

The purpose of the proposed IIP Process is to establish a coordinated series of meetings and other actions that would take place prior to a Federal agency accepting a high-voltage transmission line application or taking other action that would trigger Federal review, permitting, and consultation or other requirements, such as those required under the National Environmental Policy Act (NEPA), Section 106 of the National Historic Preservation Act, and Sections 7 and 10 of the Endangered Species Act.

The Obama Administration is focused on building the infrastructure needed to support a clean energy economy because the countries that lead in clean energy will be the countries that lead the 21st century global economy. Electric transmission projects are one specific area where the Administration is acting to catalyze the transition to a clean energy economy. Building greater transmission infrastructure will facilitate, among other things, increased reliability, the greater integration of renewable sources of electricity into the grid; will accommodate a growing number of electric vehicles on America’s roads; and will reduce the need for new power plants. 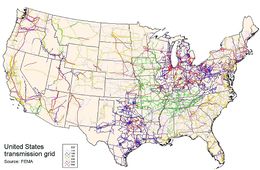 PPT outlining the basics of the transmission system in the U.S.

Retrieved from "https://openei.org/w/index.php?title=Gateway:Transmission&oldid=885507"
OpenEI is developed and maintained by the National Renewable Energy Laboratory with funding and support from the U.S. Department of Energy and a network of International Partners & Sponsors.