Difference between revisions of "Solar+Storage/Method and Modeling Assumptions"

More than 24,000 scenarios were modeled to identify cost-optimal solar and/or battery storage system configurations for 73 commercial electricity rates for the utilities with the largest number of customers in each climate zone. 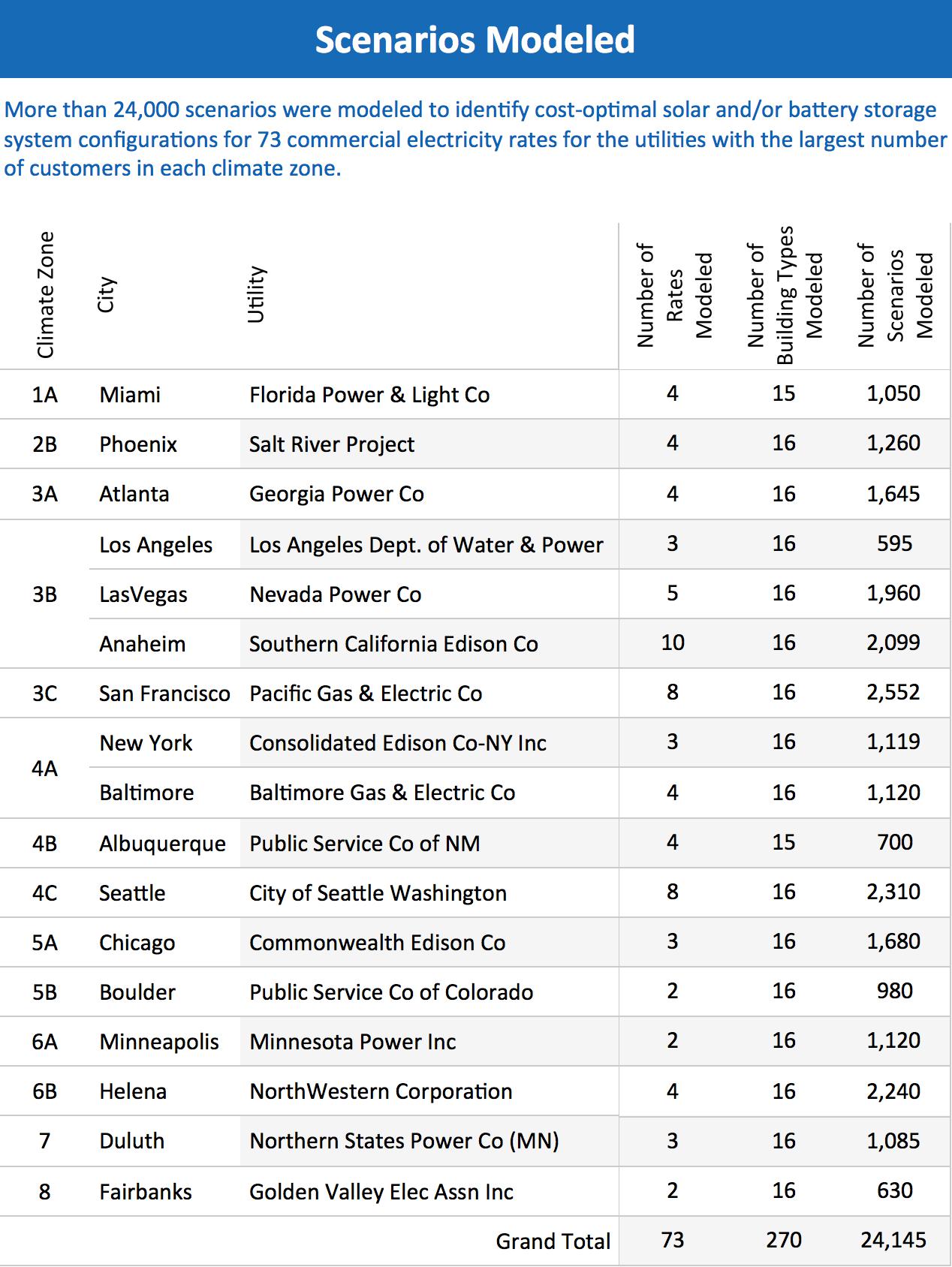 Commercial buildings were modeled for 16 locations, representing every climate zone across the U.S. 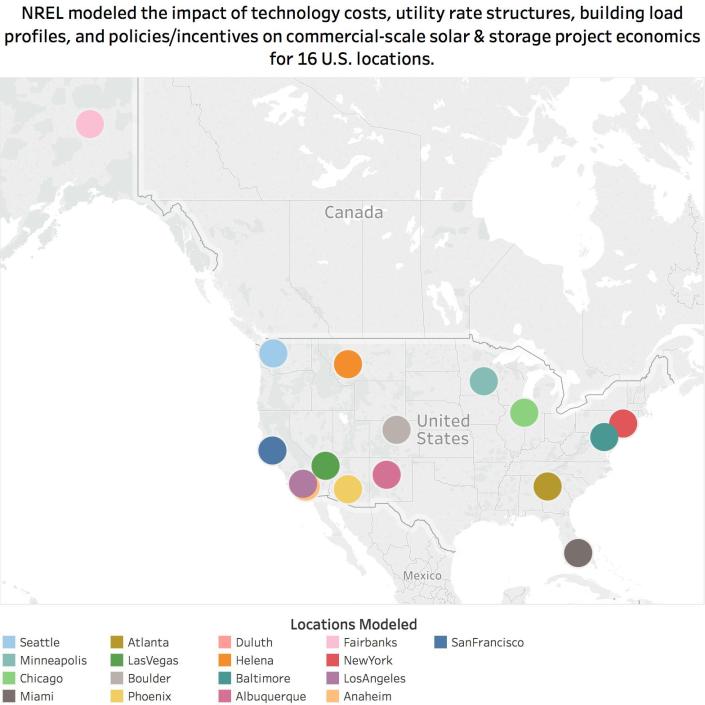 Commercial utility rates were selected for the utility with the largest commercial customer base within each climate zone. Rates and building types were matched, based on the load profile of the building and the eligibility requirements stated in the utility’s rate tariff sheet. 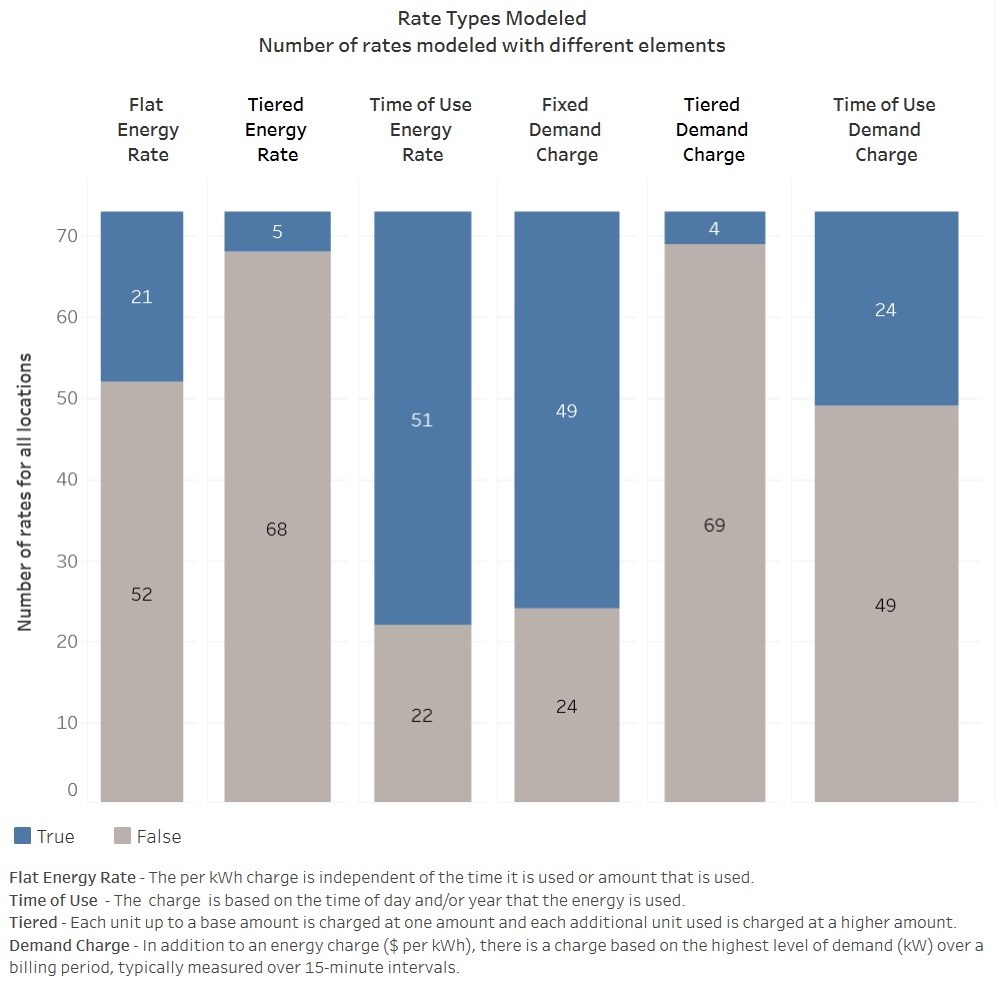 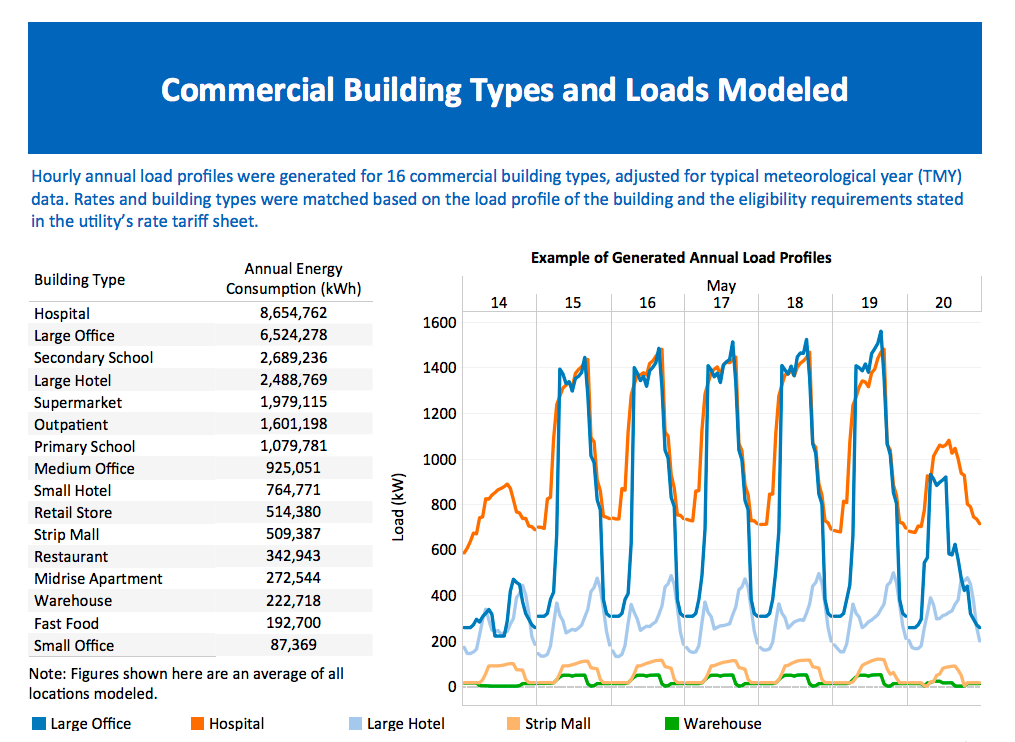 Hourly load profiles for the reference buildings were adjusted for each of the ASHRAE climate zones. 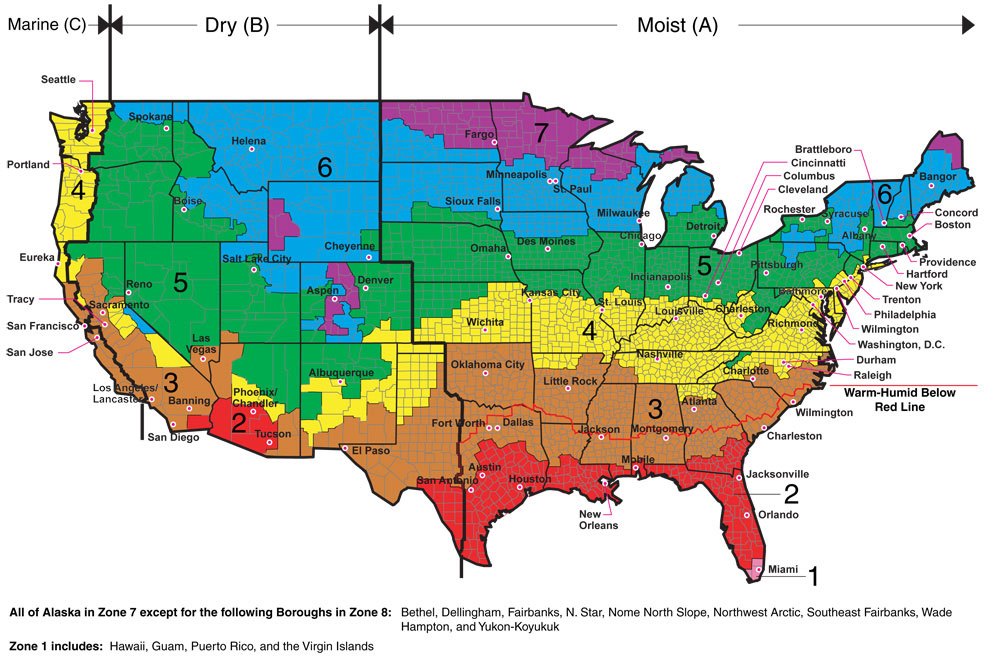 (Read more about this map here)

Cost Point A represents conservative technology costs in the current market. Some stakeholders are reporting current costs closer to Cost Points B and C.

The solar technology cost trajectory is based on NREL’s Annual Technology Baseline. Battery storage costs are based on NREL discussions with a variety of battery suppliers and developers.

Components included in the Cost Assumptions

The Renewable Energy Optimization Model (REopt) provides cost-optimal technology solutions at a single site, or across a portfolio of sites.

REopt is a mixed integer linear program that outputs optimal technology sizing and hourly dispatch strategies, along with financial data.

REopt can identify optimal system sizes, given other parameters, or can output financial data for set system sizes. Multiple on-site technologies, including existing diesel generators, can be considered in the optimization.

The REopt model is currently run by NREL analysts, in-house. A web-based version of the tool is currently in development, and expected to be released as a beta-version in September 2017.

802-223-2554
Contact
[1]
[2]
Retrieved from "https://openei.org/w/index.php?title=Solar%2BStorage/Method_and_Modeling_Assumptions&oldid=954932"
Category:
OpenEI is developed and maintained by the National Renewable Energy Laboratory with funding and support from the U.S. Department of Energy and a network of International Partners & Sponsors.