Difference between revisions of "October 8"

1.     We (Craig Ulrich, LBNL; Joe Pope, Sandia; George Vandine, SURF; and Carlo Primo, Consultant) took the 7:00 am cage down to the 4100 Level to initiate logging in the vertical borehole with fluid temperature/conductivity (FTC).

b.     Checked the water level on the chiller and found it to be full.

e.     Funnel at the top of well E1-PST is clogged and overflowing. 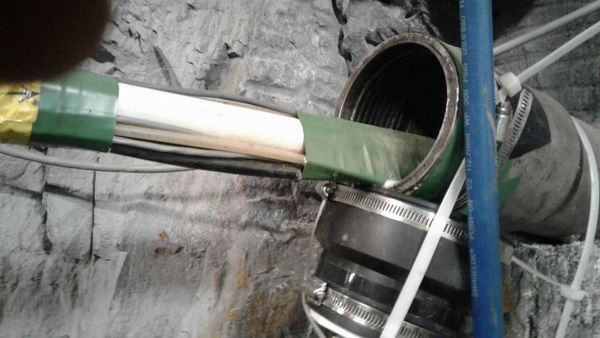 3.     A toolbox talk was initiated and the day’s activities were discussed along with mitigations.

4.     A search for all gear resulted in all logging gear and packers and compass being located.

6.     TV4100 was logged with FTC from top to bottom and compared to the previous FTC log from July 2019 just after drilling. A comparison log was built in WellCAD and distributed for evaluation and as a guide to water sampling.

7.     Water samples were then collected using a double valve bailer at 47m and 6.2m in the borehole. Carlo filtered and prepped the samples for delivery to Hari.

8.     TV4100 was then flushed with mine water and an estimated 3-5 well volumes were displaced leaving a large amount of water on the alcove floor.

Comments: Successful logging but not with removal of water.

Acts of Safety: All members worked safely together today and lifted heavy boxes with two person teams. Verified the pressure rating of all burst disks on 4850.

Near Misses or Incidents: N/A. 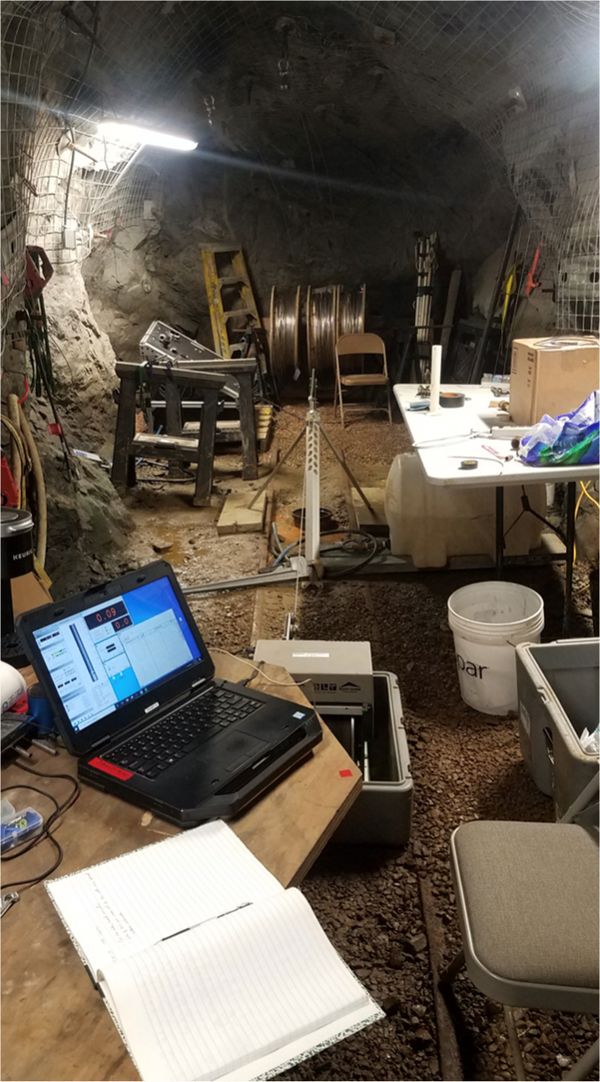 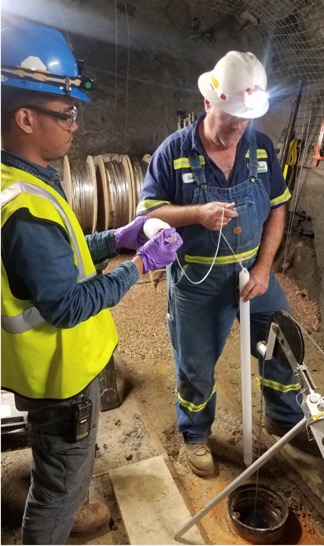 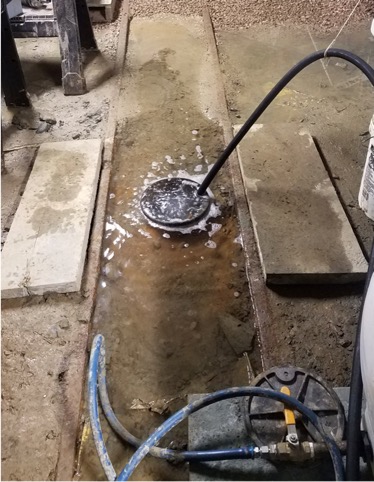 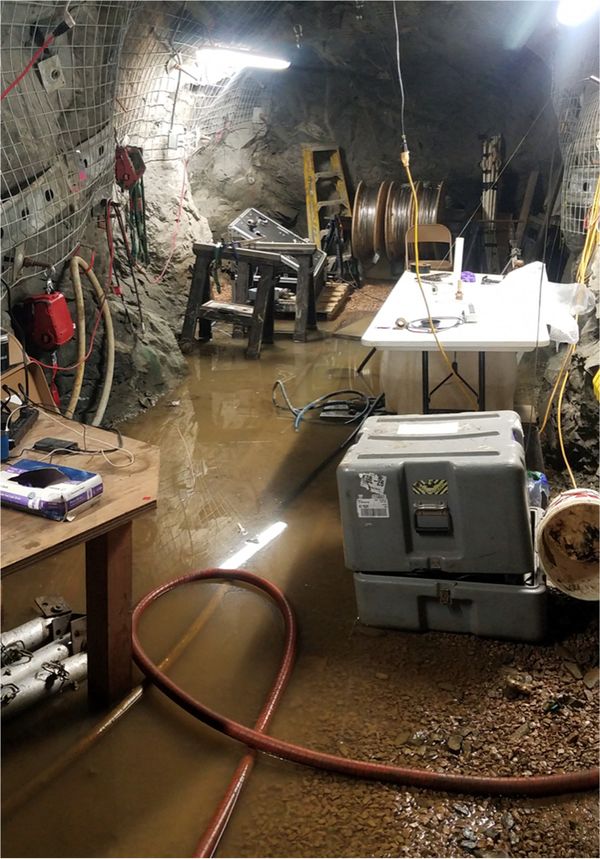 Figure 5. End of day after flushing.

Retrieved from "https://openei.org/w/index.php?title=October_8&oldid=974892"
OpenEI is developed and maintained by the National Renewable Energy Laboratory with funding and support from the U.S. Department of Energy and a network of International Partners & Sponsors.