Difference between revisions of "October 29"

Written by:  Hunter A. Knox

Thermistor DAQ Calibration: We found that hooking up calibrated resistors to the DAQ (via a decade box) that the DAQ was registering all resistances within tolerance. A scientific report will follow. 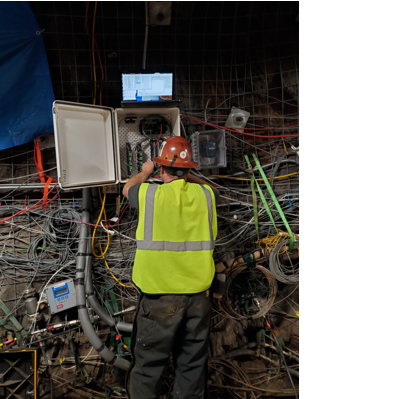 Decade Box Calibration: We calibrated the new decade box and found that the resistors were within tolerance. This coupled with the thermistor DAQ calibration showed that the DAQ was performing within spec. 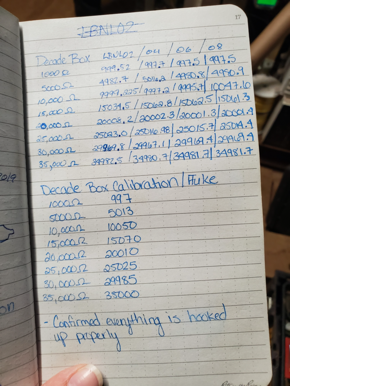 Extraction of the Production Packer: Upon deflation of the production packer, we found that the package was immovable. Thanks to a heroic effort by SURF and the crew on the 4100 (i.e. the delivery of a Pulls All), the production packer was extracted from the borehole and presented for inspection. The packer was found to be covered in participate and the interval was found to be full of sledge. Elements to be more thoroughly inspected. 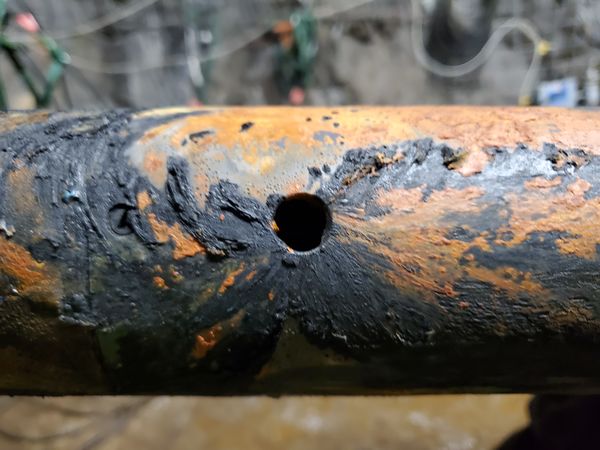 Figure 3: Packer "Art"; significant deposition has occurred and the packer interval was found to be nearly full (if not completely) full of sledge.

Calibration of the Production Packer Thermistor: We extracted the interval temperature probe and began a calibration of the probe (against a standard) in the chiller bath. The initial results of this test indicate that the probe is operating within spec. We note that a recreation of the “Borehole Environment” was attempted but should be further evaluated. More to come tomorrow.

Cleaning of the Khloen Pump: Pump was found to have a significant leak likely caused by blockage in the lines. Repair is ongoing.

Inspections: Electrical connections, collar of all well heads and packers

Comments:  A circuit (#23 – to be confirmed tomorrow) was found to be tripped. This powers the ML-CASSM system. This needs to be evaluated by EGS Collab and SURF Personnel.

Acts of Safety: Communications and walk down during packer extraction was conducted. 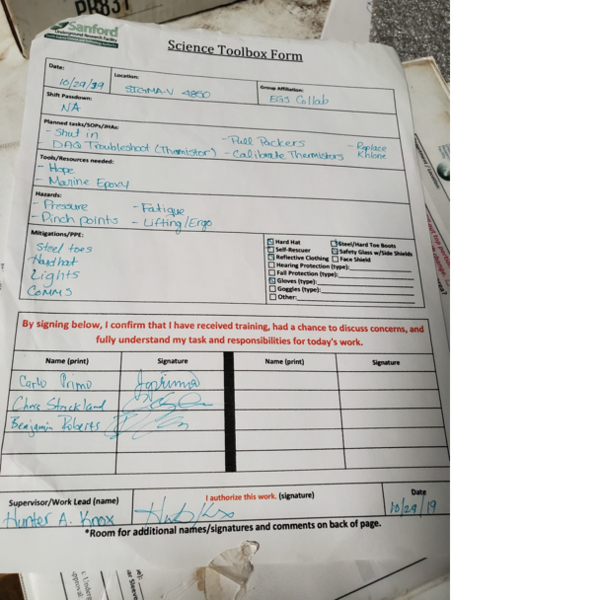 Retrieved from "https://openei.org/w/index.php?title=October_29&oldid=974905"
OpenEI is developed and maintained by the National Renewable Energy Laboratory with funding and support from the U.S. Department of Energy and a network of International Partners & Sponsors.